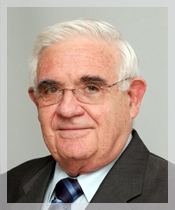 Alon Kaplan is of Counsel at Gideon Koren & Co.

Alon Kaplan’s primary practice areas are commercial and business law, as well as estate planning, with an emphasis on international taxation, private trusts and international succession.

Alon Kaplan holds a LL.M. from The Hebrew University of Jerusalem. Alon was admitted to the Israel Bar Association in 1970 and appointed a Notary in 1989. He was admitted to the New York Bar in 1990 and was licensed in Germany as a Rechtsbeistand in 1991.

• Alon Kaplan has also published articles in journals in Israel, the United Kingdom and Germany.